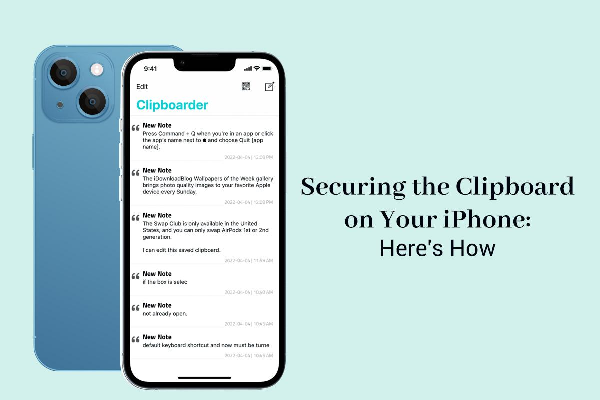 Apple, the multinational tech giant, is famous for manufacturing top-tier products that have millions of fans around the globe. One of the prime examples is the range of iPhones Apple manufactures and releases every year. In September, Apple launches a new range of iPhones, where each model features numerous upgrades in terms of features and functionalities compared to their predecessors. In 2022, Apple launched the new iPhone 14 Range, which includes iPhone 14, iPhone 14 Plus, iPhone Pro, and iPhone 14 Pro Max. Each iPhone 14 model features numerous hardware upgrades, including better camera systems, better exteriors, etc. According to Tom’s Guide, the iPhone 14 Pro Max is the best smartphone money can buy, thanks to its exceptional set of cameras.

Besides manufacturing and selling exceptional-quality products like iPhones, Apple is also known for offering top-tier services and features to users. For instance, the powerful operating system that powers iPhones, namely iOS, houses numerous native apps and utilities which benefit users in more ways than one. For example, the native clipboard of iOS facilitates users to copy and paste text and files without hassle quickly. iOS’s clipboard is stored in the temporary memory and gets wiped out every time users restart their iPhones. Thanks to the continuity functionality Apple offers users that facilitates them to use native capabilities across multiple Apple devices, users can use their clipboard for storing information on different devices. However, it may become a security concern for users if they share any of their Apple devices with family members. Thankfully, there are numerous methods users can follow to secure the clipboard on their iPhones. This article will cover how users can access the clipboard on their iPhones and shed light on some tips for securing their iPhone’s clipboard. Let us dive right into it:

If you use an iPhone and are wondering where the clipboard is on my iPhone, there are numerous ways to access it. Since iOS is a closed ecosystem, the clipboard functionality is an internal function stored in the device’s virtual memory. Hence, users cannot generally see the clipboard content or edit it in any way using default methods. However, there are a few tricks using which users can get to the clipboard on their iPhone. The simplest way to see and manage the clipboard is by using a note-taking application. All users need to do is launch the Notes app on their iPhone, tap on the “Create a new note” option, and tap and use the “Paste” option to insert their clipboard’s content. Besides this, users can also use the in-built Shortcuts app to adjust their clipboard.

Methods to Secure your iPhone’s Clipboard:

Here are some of the most effective methods following which you can secure your iPhone’s clipboard:

Apple’s continuity functionality only works when all the devices are connected to the Internet or are using Bluetooth. Hence, if you wish to ensure that your iPhone clipboard’s information remains safe and secure, it would be best to disable your device’s Wi-Fi or cellular connection while using the clipboard. Doing so will prevent your iPhone clipboard’s information from syncing with other Apple devices. Thus, by using this trick, you can significantly enhance the security quotient of your iPhone’s clipboard.

Apple’s continuity functionality works wonders when it comes to multitasking seamlessly using more than one Apple device. However, there are instances when having the continuity functionality enabled increases the risk of information getting stolen or leaked. Due to this, iPhones offer users the option to turn off the functionality. All they need to do is navigate to the Settings app on their iPhone, tap on the “AirPlay & Handoff” option, and toggle off the “Handoff” switch. Doing so will prevent your iPhone from giving its clipboard information to other devices and having its clipboard taken by other Apple devices. Turning off the continuity functionality is one of the most popular ways following which users can enhance the security of their iPhone’s clipboard along with other native apps.

The Universal Clipboard option only works when the user has multiple Apple devices such as iPhone, Mac, or iPad and they use a single iCloud account on all of them. Doing so facilitates them to easily access copied content on any device and paste them without hassle. However, it can become a security concern if multiple users use the devices. Hence, one of the most effective ways to avoid it is to use different iCloud accounts on different devices. Doing so will prevent others from accessing the user’s clipboard information and thus facilitate users to use their iPhone’s clipboard safely.

If you own an iPhone and use the native clipboard functionality often, it would be best to follow the aforementioned security tips.