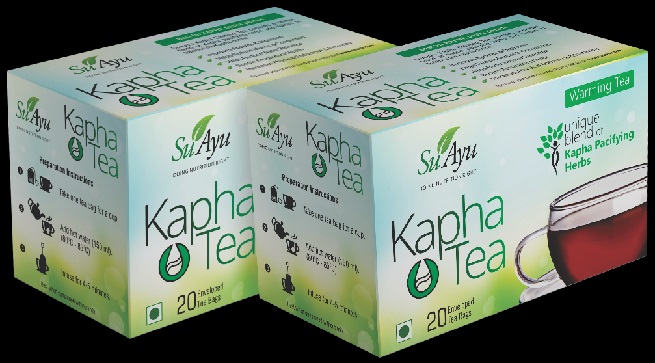 Ayurvedic medicine is a practice that originated in India and has been used for more than three millennia. It’s a mystic practice that involves kapha tea (we’ll get to that shortly), and it’s centred around the notion that the world comprises five elements; air, fire, earth, water and space.

When these elements are combined, it results in three doshas that include pitta, vata and kapha, with each one relating to an individual’s emotional, mental, and physiological well-being.

As each person is unique, so is the dosha ratio across the body. For instance, one person may be primarily a pitta person, whereas others may be most pitta or vata.

So, What Kind of Person is Kapha Tea For?

If you’re a Kapha person, then you’re likely to have a stocky frame with lustrous, oily and smooth skin. They’re also said to have long, thick, wavy hair, with brown eyes.

In terms of nutrition, ayurvedic teachings state that a kapha body type needs food that balances its primary dosha to stabilize it. Due to the fact that kapha is described as oily, heavy, wet and cold, the foods consumed should be the opposite; warm, dry and light.

When talking about taste, astringency and bitterness is best for pacifying kapha, meaning you should stay away from salty, sour and sweet foods – hence why kapha tea has bitterness.

Other Ways you can provide balance for a kapha person include:

When controlling your diet in this way, it is likely to give you lots of energy and boost both your metabolic and digestive rates. Also, be sure to eat your biggest meal during lunchtime and a smaller one when dinner comes around, as well as leave at least 3 hours for your food to go down before bed.

Kapha Tea & a Change In Diet Can Transform You

It’s important to say at this point that ayurvedic medicine is not something that’s recognized by conventional medicine, but that doesn’t mean it’s not effective at balancing the body.

There’s a reason why ayurvedic medicine is still around after thousands of years, and that’s because across India and beyond, they know that it’s a practice that works.

So, if you’re not quite feeling yourself and conventional medicine and treatments aren’t working for you, maybe it’s time to try something a little more natural and holistic. Focusing on your entire being, Ayurveda, as it’s known, can help you reclaim who you are and become the best version of yourself.

As they say, don’t knock it until you’ve tried it, and perhaps the day to try is today.